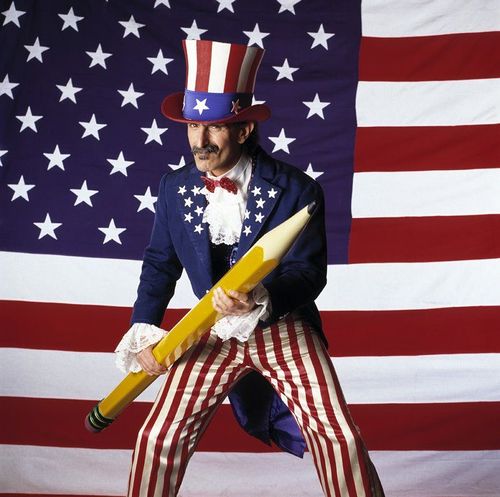 Frank Zappa dressed up as Uncle Sam for a 1988 publicity shoot to promote voting in the presidential elections.

While Zappa was born and raised in the United States he was often critical of the American government, its foreign policy, organized religion, media, corporations and the consumer culture.

Track and album references to America

References to American institutions and brands

Note: Most of the people listed here are or were Americans and therefore would be too numerous to list each one of them indvidually on this page. Occasionally some of them might be born in another country: