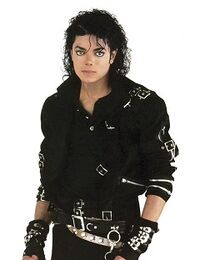 Michael Jackson (August 28, 1958 - June 25, 2009) was an American soul and pop singer, also referred to as "the King of Pop". He rose to fame as child singer in the soul group The Jackson Five. During the 1980s he became an international icon due to the success of his album "Thriller" (1982), which became the best selling music record of all time. His innovative music videos changed the genre into an art form and mass marketing tool. His eccentric behaviour and ever changing physical appearance received enormous media attention and made him the subject of numerous speculations and ridicule.