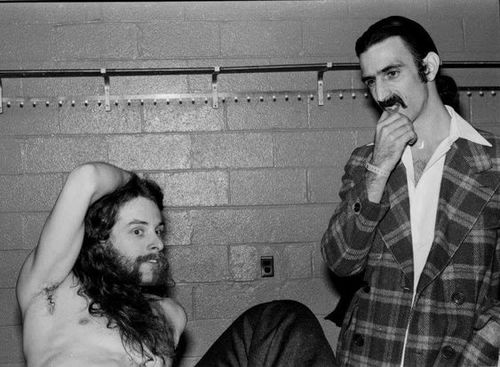 Ted Nugent (Born Theodore Nugent, December 13, 1948, Detroit, Michigan) a.k.a. The Nuge and The Motor City Madman. Nugent was the guitar frontman with The Amboy Dukes. He is also known for his racist, sexist right-wing political views.

"The Amboy Dukes had this old van . . . We were at that point a kind of Motown review doing James Brown stuff with matching outfits. Anyway Frank Zappa came into town and we hooked up with him. I ended up chauffeuring him and his band around the place, and we ended up opening for the Mothers on several dates. He was a great man, highly intelligent and knew exactly what he wanted as a producer which was fine by me."

In 1973 Ted Nugent & The Amboy Dukes signed to Zappa's newly-formed DiscReet Records label, on which they released Call Of The Wild, produced by Lew Futterman, in July 1973. This was followed by Tooth, Fang & Claw, on the same label, in 1973.

Nugent began a solo career in 1975. On December 6th 1976 he played support to Black Sabbath on their Technical Ecstasy Tour date at Madison Square Garden. Frank Zappa appeared on stage at this concert.