You Are What You Is (The Music Video) 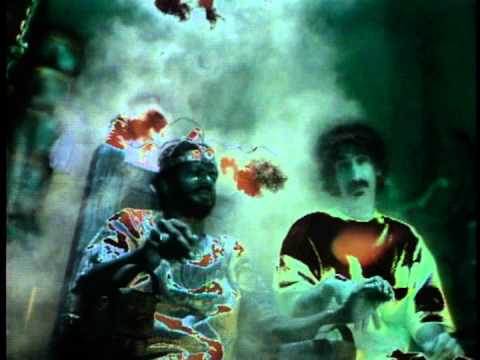 In 1981 Zappa made a music video for his song "You Are What You Is". It would be the only music video he ever made in his career. It is available on Video From Hell.

The video is shot in a greenish color, sometimes black and white and sometimes in regular color. In it, Zappa and Ike Willis are surrounded by various characters, including a nun, a nurse, a stewardess, an African tribe, a man with lettuce on his head, a Ku Klux Klan member, an American football player, a Playboy Bunny, a construction worker, a policeman, a bunch of cannibals, and a lookalike of then President Ronald Reagan seated on an electric chair.

Zappa about the video

"That's the one. That's all there is. That's the only video I've made. The reason it was done was because it was financed by CBS International. They wanted it to show overseas. It didn't get showed a lot in the United States because I had Reagan getting the electric chair and a black guy dressed as a native spewing Pepto Bismol while saying the words "Mercedes Benz." I thought it was a good video." - Frank Zappa, quoted in Frank Zappa On... The '80s Guitar Clone.

Beavis and Butt-head watched this music video in the episode "Canoe" (1994) and changed the channel in irritation. According to creator Mike Judge he did this as a tribute to Zappa.