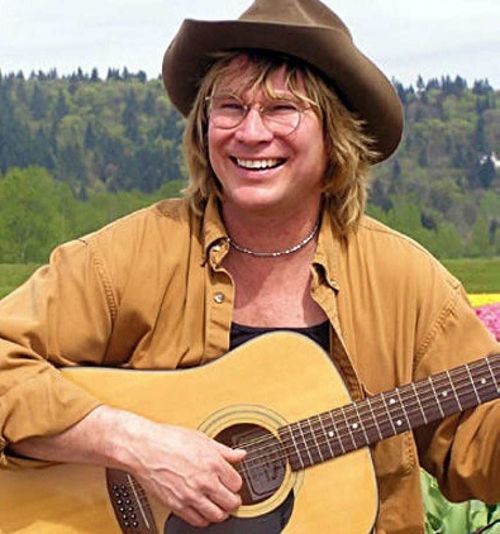 John Denver (31 December 1943 - 12 October 1997) was an American country musician and singer-songwriter, most famous for songs such as "Take Me Home, Country Roads", "Rocky Mountain High" and "Thank God, I'm a Country Boy".

In 1985, Denver, along with fellow musicians Dee Snider and Frank Zappa, testified before the US Senate Committee on Commerce, Science, and Transportation to protest against the PMRC's appeals for a record ratings system. Barry Miles argues in the book Frank Zappa: A Biography (2004) that Denver, more than anybody else in the PMRC hearings, managed to convince a majority that the PMRC's plans were in violation of the freedom of speech, since many expected the nice, clean, and non-offensive musician to say quite the opposite. Zappa also expressed gladness and appreciation that Denver supported his cause.

Terry Marshall: "I think it's rather interesting from the store's point of view that they'll carry it without a label, but they won't carry with a label.

Frank Zappa: "Here's what it is: it's that "bomb the abortion clinic" mentality that a lot of these right-wingers have adopted, because once the thing has been labeled as filth, if it is existing in the store, it's a target now. And these store owners have stated that they're afraid.

Terry Marshall: "But we're not labeling it as filth. We're just saying [by stickering it that] it's explicit lyrics. If you are not ashamed to record a sexual lyric or a violent lyric, what is the problem with telling us, "This is violent, this has sexual content"?

Frank Zappa: "Because, for some people's taste, if you record something, you might think it's perfectly okay. Let's take the John Denver example. He makes a song called "Rocky Mountain High". He thought it was all right, but somebody else thought it was a dope thing."

Terry Marshall: No, it was probably one person somewhere and it's been publicized very highly.

Frank Zappa: But it was enough to get his record banned on some radio stations. That's why I'm saying the standards differ.