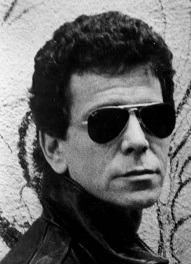 The Zappa family has expressed animosity towards Reed describing him as "the world's biggest loser, the king of losers. He's commander of the losing side". A reason was given in the claim that after Zappa's accident at The Rainbow Theatre Reed changed the venue of a concert he was giving from the Hammersmith Odeon to the Rainbow so that he could look down at the point where Zappa hit the ground. [1]

On January 12, 1995, Lou Reed inducted Zappa into the Rock 'n Roll Hall of Fame. Gail Zappa and the children were initially against using Reed and asked for Johnny "Guitar" Watson instead.