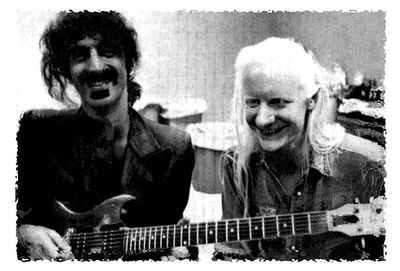 Johnny Winter (born February 23, 1944, Beaumont, Texas - July 16, 2014) was an American blues guitarist, singer, and producer. He was the first son of John and Edwina Winter who were very much responsible for Johnny's and his younger brother's, Edgar Winter's, early musical awareness. Both Johnny and Edgar have albinism.

Zappa and Winter met in 1974 and were photographed together.

In 1980 Zappa played Johnny Winter and Muddy Waters's performance of Waters' song Mannish Boy during "Star Special" (1980), on BBC Radio 1 and called it "a refreshing rendition".