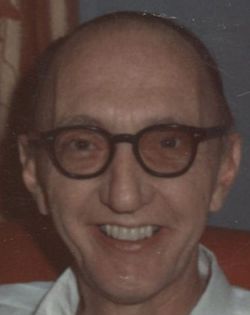 Cordwainer Smith (11 July 1913 - 6 August 1966) was the pseudonym of American science fiction author Paul Myron Anthony Linebarger. He is most famous for his non-fiction book Psychological Warfare (1948) and his fiction books The Planet Buyer, aka The Boy Who Bought Old Earth (1964) and The Underpeople (1968), later published into one volume as Nostrillia (1975). Smith also wrote 32 short stories.

Zappa mentioned Smith in the list of influences on the cover of Freak Out! (1966), under the title: "These People Have Contributed Materially In Many Ways To Make Our Music What It Is. Please Do Not Hold It Against Them".

In The Fanzine Questionnaire Zappa was asked: "If you were stuck alone on a desert island, name the three things you would most want to have with you?" He answered: (1) A dozen assorted groupies. (2) The complete writings of Cordwainer Smith. (3) A carton of cigarettes.