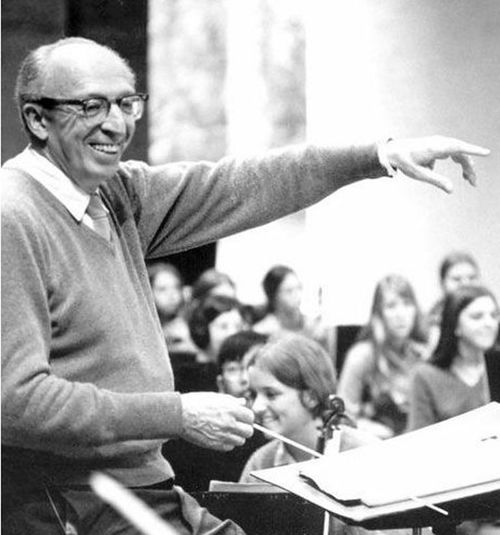 Aaron Copland (November 14, 1900 – December 2, 1990) was an American composer. Copland's music achieved a balance between modern music and American folk styles. The open, slowly changing harmonies of many of his works are said to evoke the vast American landscape. His most famous works are "Fanfare For The Common Man" (1942), "Rodeo" (1942) (best known for the segment "Hoe-Down") and "Appalachian Spring" (1944).

"I think Aaron Copland probably did more to foster the stereotype of American music as being any symphonic event that has a xylophone doubling the violin section. There is so much American music that has been written by the American academic branch of composition and you're going: 'Hey, it's an American symphony they're playing – it's a hoedown tune and there's a xylophone doubling the melody on top.' I mean there're certain things that Copland has written that I really enjoy, like the "Fanfare For The Common Man" is one of the really hot tunes of the century I think, but there's something too easy about it."