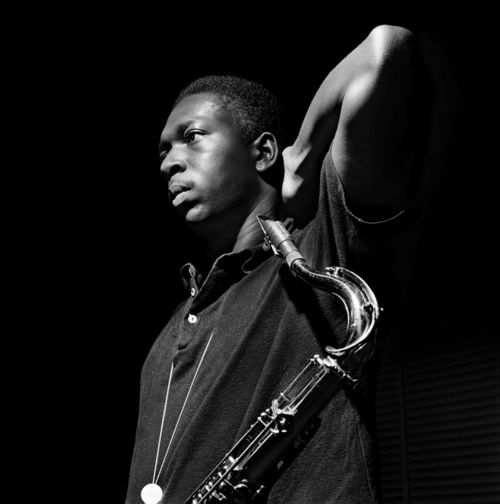 John Coltrane (23 September 1926 - 17 July 1967) was an American free jazz saxophonist and composer. He collaborated with Miles Davis, Eric Dolphy and Archie Shepp earlier in his career, before going solo and recording classic albums such as Blue Train (1957), Giant Steps (1959), My Favorite Things (1961) and A Love Supreme (1965). He is noted for his wild way of playing, but also recorded albums of a more quiet, spiritual nature, experimenting with Middle Eastern and Asian music later in his career.

Interviewer: Was Frank into Coltrane?

Joel Thome: "He was. I told him that I was going to do an homage to Coltrane, and he really liked the idea." [1]