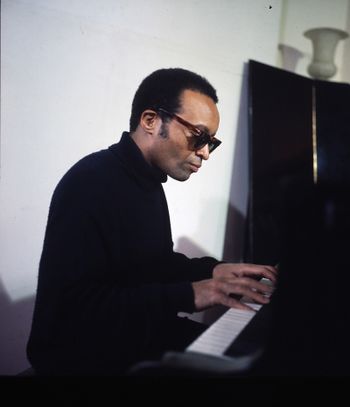 Cecil Taylor (25 March 1929 - 5 April 2018) was an American jazz composer, pianist and poet. He is known for his energetic way of playing piano, influenced by Béla Bartók and Karlheinz Stockhausen. Producer Tom Wilson was the first to record Taylor's music.

Cecil Taylor is mentioned the list of influences in the sleeve of Zappa's debut album Freak Out! (1966), under the heading: "These People Have Contributed Materially In Many Ways To Make Our Music What It Is. Please Do Not Hold It Against Them." Captain Beefheart was also an admirer of Taylor.

Zappa mentions him again in the article My Favorite Records, in Hit Parader (August 1967): "You also should go out and see if you can get a record by Cecil Taylor if you want to learn how to play the piano."