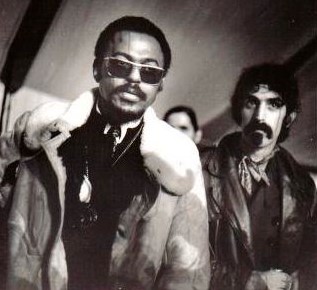 Archie Shepp (May 24, 1937 in Ft Lauderdale, FL) was brought up in Philadelphia where he learned to play piano, clarinet, and alto sax (he later he switched to tenor). Shepp met John Coltrane in Philadelphia. Archie studied drama at Goddard College in 1955-59, and after graduating he settled in New York, where he worked with Cecil Taylor and Don Cherry. From 1965, he had occasional associations with Coltrane, working with him in various clubs. On 10/28/1984, Archie Shepp "guested" with The Mothers and provided tenor sax for You Can't Do That On Stage Anymore Vol. 4. Currently residing in Massachusetts, he teaches Music History as a Professor at the University of Massachusetts, Amherst.