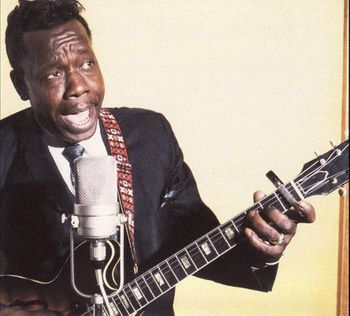 His material not only made the national charts (the biggest hit of his career was "Baby, Scratch My Back" in 1966), but also proved to be quite adaptable for white artists on both sides of the Atlantic, including The Rolling Stones ("I'm a King Bee" on their first album), The Yardbirds, The Kinks, Dave Edmunds with Love Sculpture, Van Morrison with Them, Sun rockabilly Warren Smith, Hank Williams, Jr. and the Fabulous Thunderbirds.

He is name-checked on the cover of "Freak Out!" (1966) under the heading "These People Have Contributed Materially In Many Ways To Make Our Music What It Is. Please Do Not Hold It Against Them".

He is also mentioned in "The Real Frank Zappa Book" (1989): "There was a place in San Diego on the ground floor of the Maryland Hotel where you could buy R&B singles unobtainable elsewhere - all those Lightnin' Slim and Slim Harpo sides on the Excello label. (The reason you couldn't order them in the 'white-person record stores' was that Excello had a policy that if a store wanted to carry their R&B line, it also had to take their gospel catalog.) The only way I could get a Lightnin' Slim record was to travel a couple hundred miles and buy it secondhand, all scratched up."