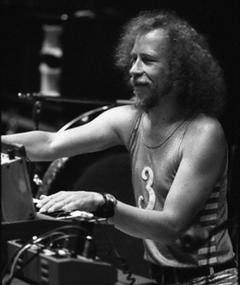 Don Preston (born as Donald Ward Preston, 21 September 1932, Flint Michigan) is an American singer, pianist, synthesizer and keyboard player, best known as member of the Mothers of Invention between 1967 and 1969.

Don Preston came from a family of musicians. He fulfilled his military service at Trieste, Italy, sharing a room with Buzz Gardner. He played piano in Herbie Mann's band. Throughout the 1950s he played with musicians like Nat King Cole, Paul Bley and Carla Bley. 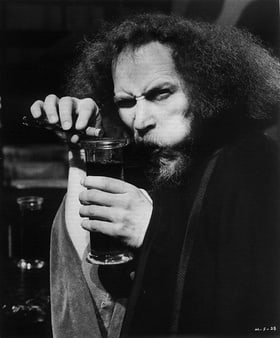 Don Preston changing into a monster.

One of Preston's most shining moments was playing Louie Louie on the pipe organ in the Royal Albert Hall in London. The recording can be heard on Uncle Meat.

Preston appears in the films 200 Motels (The Film), Uncle Meat (The Film), Video From Hell and The True Story Of 200 Motels, where he "changes into a monster" after having a drink, parodying Dr. Jekyll and Mr. Hyde. In Uncle Meat he seduces Phyllis Altenhaus with hamburgers. His monster character was a reference to Dr. Ogo Moto, a character he had created in a series of four films he had made himself.

Preston was a member of The Grandmothers and Grande Mothers Re:Invented.

Outside his career with Zappa, Preston played keyboard on the soundtrack of Francis Ford Coppola's film Apocalypse Now (1979). He also wrote music for "Eye Of The Tiger" and "Emmanuelle 1: First Contact". He performed on records by John Lennon & Yoko Ono, Flo & Eddie, Eugene Chadbourne, The Residents and Jefferson Airplane.

He can also be heard on Captain Beefheart's Trout Mask Replica.

Preston designed the logo for Andrew Greenaway's site www.idiotbastard.com. The musician also wrote the foreword to Billy James' book Necessity Is... The Early Years Of Frank Zappa And The Mothers Of Invention (2001).