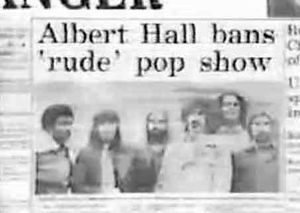 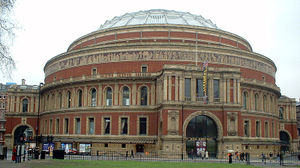 The Royal Albert Hall of Arts and Sciences is an arts venue dedicated to Queen Victoria's husband and consort, Prince Albert. It is situated in the South Kensington area of London, England.

The hall was originally to have been called The Central Hall of Arts and Sciences, but the name was changed by Queen Victoria when laying the foundation stone. It forms the practical part of a national memorial to the Prince Consort – the decorative part is the Albert Memorial directly to the north in Kensington Gardens, now separated from the Hall by the heavy traffic along Kensington Gore. The hall also accommodates the largest pipe organ in the UK, and is the home of The Proms. As well as hosting concerts, the Royal Albert also hosts The Masters Senior tennis final.