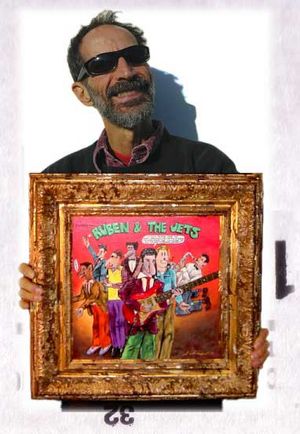 Schenkel dropped out of the Philadelphia College of Art and went to California. There he encountered Zappa several times and even visited the studio where Freak Out! was being recorded. He returned to Philadelphia in the summer of 1966. In the spring of 1967 Zappa and the Mothers arrived in New York. At the suggestion of his girlfriend Sandy Hurvitz, who studied with them at Philadelphia College, he showed his promotional artwork and cover designs to Zappa. [2]

"When I first met him in New York, the art studio was in his apartment – but that was only for a brief period. I didn’t actually live there, but I would commute to work at his place. When we moved to LA when he had rented the log cabin, I had a wing of it. It was my living quarters and art studio, which I rented separately from him. There was probably more of a chance to fraternize when I lived in that close proximity than when I didn’t, but even when I lived in my own place I’d be hanging out a lot and listening to what he was doing with the music. I think that it was just that I happened to fit the mold. I’m not sure I totally did understand it, but it just happened to coincide with what I was doing. I liked working in a lot of different directions and doing very eclectic stuff and working in different styles and Frank was doing that with his music." 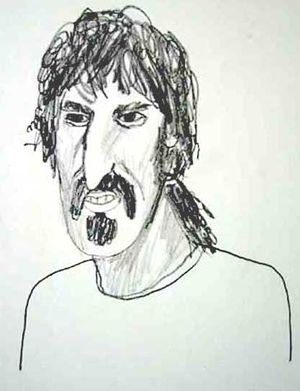 Schenkel had a brief affair with Pauline Butcher and fathered a daughter, Raven, with Sandra Leano. He said that Jen Taylor, one of the people on the cover of [[We're Only In It For The Money], was an "old flame." 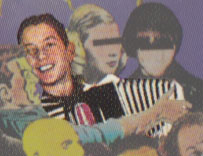