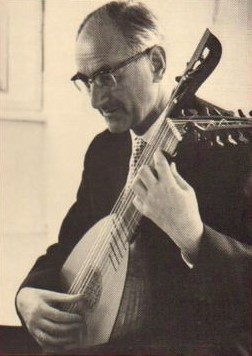 Walter Gerwig (6 November 1899 – 9 July 1966) was an influential German lutenist, choral conductor and composer. He was one of the pioneers in the revival of early music revival and historical performance practice. He was also a choral conductor. Through his concerts and recordings Gerwig made a significant contribution to the revival of the lute and its repertoire in Europe and America.

Who are some of your all-time favorite guitarists?

Frank Zappa: "I like Wes Montgomery, Johnny "Guitar" Watson, Allan Holdsworth, Jeff Beck, Guitar Slim and Walter Gerwig – he plays the lute. I'm sure there are a few others, but that's who comes to mind first." - Dynamo Frank