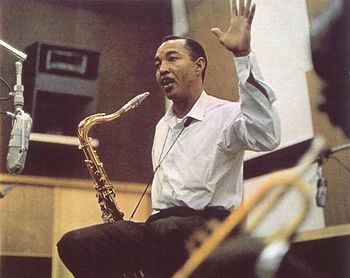 Harold Land (18 December 1928 - 27 July 2001) was an American jazz tenor saxophonist. He went on a solo career in 1958, but remained available for recordings by other musicians. One of them was Wes Montgomery.

Musician: Is there any sort of submovement of jazz that you like more than others. Are you more into, say, Ornette Coleman than Duke Ellington?
Zappa:: "Well, I like Charlie Mingus, and I Iike Thelonious Monk, Eric Dolphy – I used to really like Harold Land, but I haven't heard anything from him in a long time. But that's about it."