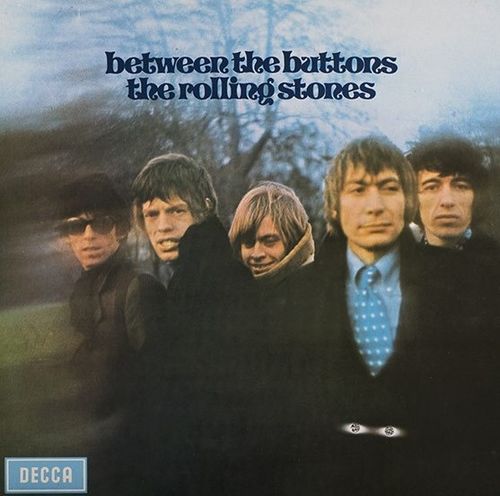 Between the Buttons is a 1967 rock album by The Rolling Stones, released on Decca. The UK edition is best known for the songs "Yesterday's Papers", "Back Street Girl" and "Something Happened to me Yesterday". The U.S. edition had a different track list, consisting of "Let's Spend the Night Together", "Yesterday's Papers", "Ruby Tuesday" and "Something Happened to me Yesterday".

Zappa named the U.S. release of Between the Buttons one of his favorite records in Faves, Raves And Composers In Their Graves, June 1975: "The American release -- I don't like the English version so much because it contains a totally different set of tunes. I understand that they don't like the album very much but I thought that it was an important piece of social comment at the time. I remember seeing Brian Jones very drunk in the Speakeasy one night and telling him I like it and thought it superior to Sergeant Pepper ... whereupon he belched discreetly and turned around."

In the sleeve of We're Only In It For The Money Zappa's speech balloon also says: "Between the badges".