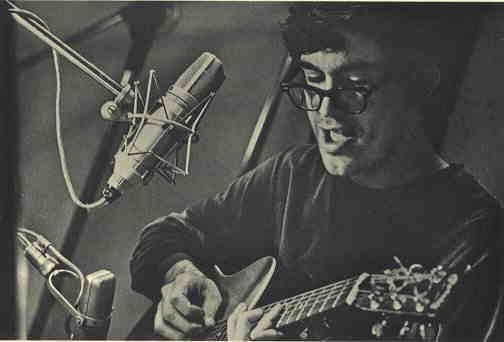 When guitarist Derek Dickson's site existed, it mentioned Mann as one of his influences: "I met Steve Mann during this period [the sixties]; he was by far the best folk and blues player that I had heard at that time, he influenced many other guitarists of that period that went on to start a lot of famous bands. He was hanging around the Jefferson Airplane and The Grateful Dead and influenced both of those bands. Steve was also credited with improving Frank Zappa's humor. Dick Rosmini was Steve Mann's guitar teacher and he was very involved in the scene in the late 50's and 60's and was very influential behind the scenes."

Guitar Player Magazine, March 1977, Volume 11, Number 3, "Steve Mann 'Live' At The Ash Grove": "Of all the white blues artists to come out of the blues revival in the mid-Sixties Steve Mann would have to rank very near the top. Rather than take the 'academic' approach, prevalent with so many of the college/student 'blues interpreters', Mann seems to have genuinely absorbed the feeling of the idiom, more than merely the correct strums and bends. Stefan Grossman called him 'one of the most exciting and dynamic guitar players I have ever met', and the cuts contained herein serve only to substantiate that claim..."