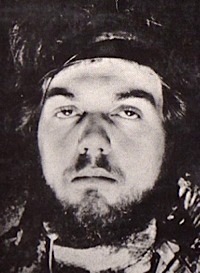 Mac Rebennack was born and grew up in New Orleans. He started playing the piano at six years old, but it was as a session guitarist with Johnny Vincent's Ace Records that gave him his first break and, by 1957, he was working in the close-knit coterie of the New Orleans R&B session crew at Crescent City's Cosimo Matassa studio. After being shot in the finger he moved to bass guitar, still in awe of the pianists around him to adopt the piano as a main instrument. However, he began moonlighting on the organ, backing striptease performances in the French Quarter. By this time he had cut Storm Warning (Rex, 1957) and albums on Ace, Rex and AFO (an All For One co-operative formed by Harold Battiste). Greatly influenced by Meade Lux Lewis and Roy "Bald Head" Byrd (Professor Longhair) he found recording in New Orleans too restrictive and, with Battiste's crew, moved to California in 1962 where they linked up with Sam Cooke and played on his final session. He continued working as a prolific session musician around L.A. while developing his Dr. John The Night Tripper persona with Battiste; assembling his Gris-Gris album during session work with Sonny & Cher, using up paid-for studio time that the duo couldn't use due to filming commitments.

During this period he briefly joined The Mothers for the Freak Out! session:

"Frank had written me this part to play, five or six notes on the piano over and over - not much different than Sonny and Cher. In the background a twenty-voice choir croaked out monster sound effects, something like "Gggrrrrrrhhhhrrr!" When I had had about all I could take I asked Les McCann to hold down my chair, telling him I had to go to the bathroom. I walked out of there and never came back".

FZ parodied Gris-Gris Gumbo Ya Ya on Freaks & Motherf*#@%! as Wino Man - With Dr. John Routine (NB The link from the album page will be of no use to you!).

He continued recording as Dr. John and had a top ten hit with Right Place Wrong Time (ATCO SD 7018, 1973) and was support act for The Mothers 1975 New Year's Eve concert

He appeared in Martin Scorsese' film The Last Waltz (1978). He continued to record, and released Anutha Zone (Virgin, 1998) recorded with many younger British musicians.