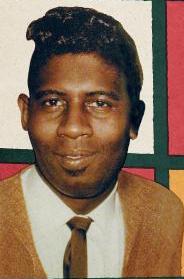 As a teenager, with The Flairs and as a solo act, Berry recorded quite a few singles that demonstrated his versatility with ballads, novelty songs, and even Little Richard-styled numbers. His facility with deep-voiced, comic material was a clear forerunner of The Coasters, and in fact he was the uncredited lead singer on Leiber & Stoller's Riot in Cell Block No. 9, recorded by The Robins (1954, Spark 103), later to mutate into The Coasters. He took another uncredited vocal as Etta James' deep-voiced sparring partner on "Roll with Me, Henry", one of the biggest R&B hits of the mid-'50s. Berry originally recorded "Louie Louie" in 1956; the record was a regional hit in several West Coast cities, but no more than that.

Berry's recording career petered out in the late 1950s, though he remained an active performer. In the early 1960s, several Northwest bands seized upon "Louie Louie" as cover material, scoring sizable regional hits; finally, in 1963, The Kingsmen broke the song nationally, reaching number two. In the decades since then, "Louie Louie" became one of the frequently covered rock standards of all time; there are probably well over 1000 versions by now. The song was investigated by the FBI, and inspired parades and campaigns to adopt it as the official song of the State of Washington. The original version, ironically, remains extremely difficult to find, appearing only on obscure compilations (the Berry version on Rhino Records's "Louie Louie" anthology is a re-recording). For Berry, there was a happy ending; in the late 1980s, he regained the rights to his song that he had lost many years ago.

Richard Berry is named in the list of influences in the sleeve of his album Freak Out!, under the heading: "These People Have Contributed Materially In Many Ways To Make Our Music What It Is. Please Do Not Hold It Against Them".

Zappa named Berry's entire work as an honorable mention in his favorite records' list in Faves, Raves And Composers In Their Graves.