Philosophy Of The World 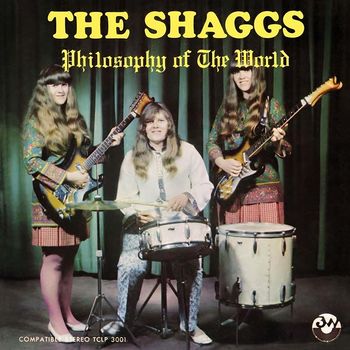 Philosophy Of The World is the 1969 debut album by The Shaggs, released on "Third Word Records" (Third World 3001) in 1969. Rolling Stone's 1996 'Alt-Rock-A-Rama' book ranked it among "The 100 Most Influential Alternative Releases of All Time", "The Greatest Garage Recordings of the 20th Century", and "The 50 Most Significant Indie Records".

Frank Zappa named Philosophy Of The World (1969) his third favourite album. As a guest DJ on Dr. Demento in December 1973 he played two songs from this album: My Pal Foot Foot and It's Halloween.