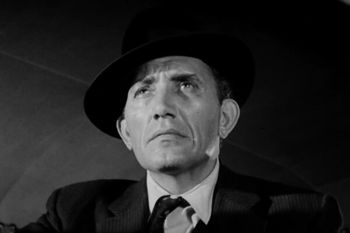 Frank DeKova as Louie Campagna in The Untouchables episode The Unhired Assassin.

Zappa mentioned him in his list of influences inside the album sleeve of Freak Out! (1966), under the heading: "These People Have Contributed Materially In Many Ways To Make Our Music What It Is. Please Do Not Hold It Against Them", though misspelled as "Frank De Cova". Other actors from The Untouchables are also mentioned in this same list: Joe De Santis, Bruce Gordon and Herman Rudin.