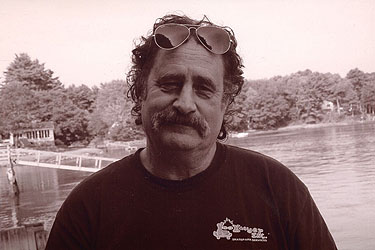 David Walley] (1945 -5 August 2006) was a U.S. critic, jazz columnist, cultural historian and freelance editor. He is known for the biography No Commercial Potential: The Saga of Frank Zappa (1972).

A graduate of Rutgers University in the late 1960s he began his career as a columnist for Jazz and Pop Magazine which lead to a full-time position at one of the alternative press's most influential papers, New York City's East Village Other. During the late 1960s into the early 1980s, his essays, reviews and columns appeared in such magazines as Zygote, Fusion, and Changes. During a two and a half sojourn in Los Angeles, he distinguished himself as the Arts editor of the LA Free Press. His interviews with Iggy Pop and Detroit's legendary band, MC5 are considered classics of their type and for their time. During that period he also ghosted books on Bob Dylan, David Bowie and Bobby Darin, a classic despite itself.

In 1972, Walley published the first (and only) American biography of the avant garde musician and social critic Frank Zappa called "No Commercial Potential: The Saga of Frank Zappa". After numerous reprints and three revisions, it is still in print thirty years later available through DeCapo books. He is known as the father of the contemporary rock and roll biography, and his book was characterized by the Village Voice's Milo Miles as "one of the earliest rock books and unjustly forgotten". Obviously it no longer is. Continuing his fascination with American originals, in 1975 he released, "Nothing in Moderation: The Ernie Kovacs Story" a seminal and unique biography of television's first surrealist comedian who became an iconic and inspirational figure to the original crew from Saturday Night Live, as well as comedians like Billy Crystal, Robin Williams, George Carlin and others. Though subsequently published by two other imprints as "The Ernie Kovacs Phile", and, much to the author's dismay because he won't realize one thin dime, this classic can still be purchased at more discriminating on-line used bookstores. He encourages you to seek it out anyway, it won't hurt and you'll laugh. Is that so bad?

Pursuing his various interests American cultural history, in 1998 Walley brought out "Teenage Nervous Breakdown: Music and Politics in the Post-Elvis Age" which, having survived hardcover hell is currently available in paperback through Perseus Publishing. In a series of interconnected essays Walley examines how and why America has become hostage to the corrosive effects of an increasingly celebrity-driven consumerism, itself the result of the cumulative effects of the commercial exploitation of high school peer group dynamics. Animated by a throbbing rock and roll and hip-hop beat, this virulent form of consumerism has given rise to a multinational, adolescent-driven corporate consciousness in which MTV has become the virtual Voice of America wherein all manner of goods from tranquilizers to tanks, from insurance to politics are sold to an unconscious public. It is a book for thinkers on American culture.

One Amazon.com reader described it this way: “If you ever had the sneaking suspicion that you never escaped high school, this book explains why ... This is a fascinating, fast-moving series of think pieces without boring the reader to death: Thorsten Veblen meets Camille Paglia, the most subversive book on American culture to be published since Veblen's "Theory of the Leisure Class." Recently the book was used as the basis for a Winter Studies course at Williams College called, "Decadent Memories: The Sixties in Theory and Practice". It took a little while but the students finally got it. He has been a guest lecturer in Sociology at Williams as well.

During the 1990s, Walley's words and ideas have appeared in Cosmik Debris, an on-line music magazine, and more recently in New Partisan.

Walley was working on another biography about another American original named Herbert Feis, a Pulitzer Prize-winning economist and diplomatic historian of the Cold War. This story of epic proportions details how a Jewish emigrant from New York's Lower Eastside against all odds and by dint of incredible drive plus some amazing coincidences rose to be Economic Advisor in the State Department from 1931-1943, a crucial period in American history, to become an observer/participant in some of the most momentous happenings of 20th Century American history. At one time Feis was a familiar voice on foreign policy and a frequent anti-Vietnam war speaker on college campuses. His life touched many of the important intellectual figures of the 20th century, from Lewis Mumford social historian and philosopher to Felix Frankfurter, Franklin Roosevelt, and Louis Brandeis. Sample chapters for the book called for the moment" The Shackled Historian: The Life and Times of Herbert Feis can be found on his website.

He passed away in 2006 from a massive coronary. [1]. He had one chapter left of his new book to complete. It was published posthumously.