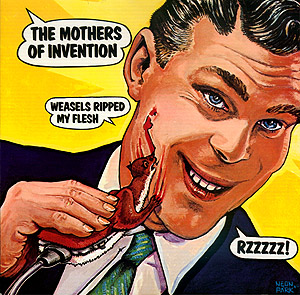 About "Weasels Ripped My Flesh"

Weasels Ripped My Flesh's title and cover came from a 1956 Man’s Life magazine which Zappa had shown to Neon Park. who recalled: "The cover story was Weasels Ripped My Flesh and it was the adventure of a guy, naked to the waist, who was in water. The water was swarming with weasels, and they were all kind of climbing on him and biting him. So Frank said, 'This is it. What can you do that's worse than this?'" 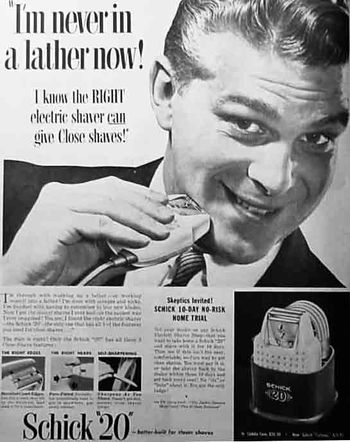 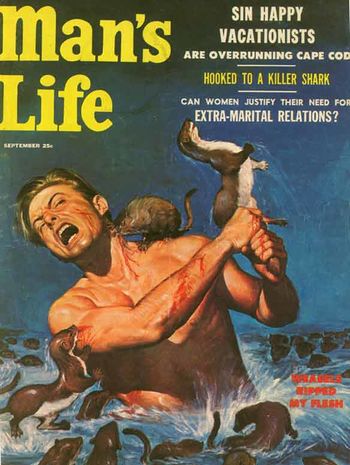