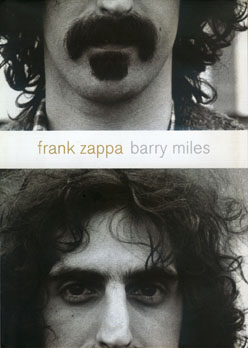 "Barry Miles knew Frank Zappa intimately and was present at the recording of his most important albums. This sparkling biography brings Zappa the musician and composer, Zappa the controversialist, and Zappa the family man (despite his love of groupies, he was married for more than thirty years) together for the first time.

Barrry Miles' biography follows Zappa from his sickly Italian-American childhood in the 1940s - when his father used DDT to clean the kitchen - to his death from cancer in 1993. Zappa's initial desire was to be a classical composer, but he soon came to realize that this ambition was more likely to lead to starvation than stardom, so he decided to join a band that played music people actually want to listen to. In the mid-1960s Zappa became the leader of a group called the Mothers of Invention which went on to be one of the most internationally famous and influential rock groups of all time. In Frank Zappa Miles traces this rollercoaster career and has produced an authoritative and hugely enjoyable portrait of a singular man - and his music."