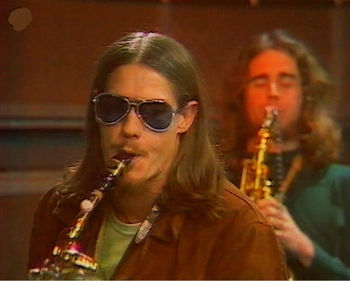 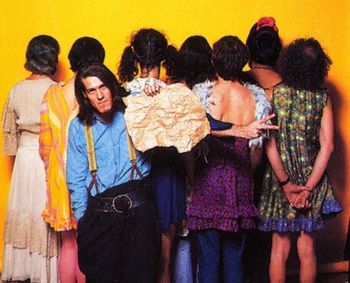 Jim Motorhead Sherwood in the sleeve of We're Only In It For The Money.

Sherwood joined The Blackouts. He stayed with Zappa in Studio Z for about six months, before joining The Mothers, first as a roadie for the Garrick Theater, eventually as a musician. In 1963 his girlfriend Sharva inspired the song Charva.

The Mothers of Invention

Sherwood can be heard during the tracks Bored Out 90 Over; Almost Chinese ("Good bread, 'cause I was making, uh... $2.71 an hour"), Switching Girls and the monologue in At The Gas Station on Lumpy Gravy (1968). [1] He also voices Larry Fanoga on the same album.

Sherwood can also be seen in the sleeve and the back cover of We're Only In It For The Money, posing with a piece of paper, while the other band members stand with their backs to the camera and Zappa makes mysterious hand signals.