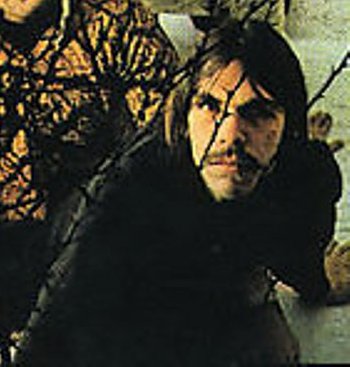 James Barbour, nicknamed Spider provided vocalizations and chorus for We're Only In It For The Money, Lumpy Gravy, Frank Zappa Meets The Mothers Of Prevention and Civilization Phaze III.

He was one of the people to record his voice during the Lumpy Gravy and We're Only In It For The Money sessions. He says: "The way I see it, Barry, this should be a very dynamite show"[1] , during The Way I See It Barry, which opens the album, as well as the line "A bit of nostalgia for the old folks" in Bit Of Nostalgia. [2] He also comes up with the Big Note concept [3] and quotes Wild Man Fischer's song Merry-Go-Round during Very Distraughtening. [4] Barbour also explains how the pigs' music works in Just One More Time.

He subsequently recorded with bands such as Chrysalis, Imago and Curmudgeons but without any great success despite Zappa's enthusiasm:

- Jerry Hopkins: '"Are there any groups in the business you feel have any legitimacy?"'

- "Chrysalis is a group that has yet to destroy your mind! - Frank Zappa. [5]