At the time Head was not a success, because the band's popularity was already waning at this point. Furthermore, the film is surreal with more adult comedy, which alienated most of their original teenage fanbase. Over the years Head has gained a cult following, though. 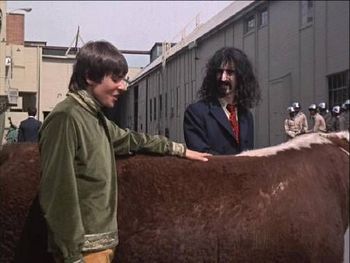 Frank Zappa has a small cameo in this film (around the 49:05 mark), leading a talking cow and giving David Jones some advice:

FZ: "That song was pretty white."

FZ: "You've been working on your dancing though."

FZ: "Yeah. It doesn't leave much time for your music. You should spend more time on it, because the youth of America depends on you to show the way."