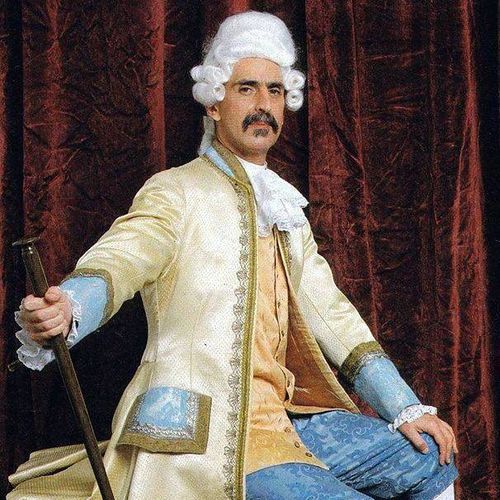 Francesco Zappa (Milan, Italy, 1717 - The Hague, The Netherlands, 17 January 1803) was an Italian composer and cellist. He faded away in obscurity, until Frank Zappa (to whom he wasn't related) brought him back under public interest in 1984.

Zappa used Francesco Zappa again as a narrator in the Them Or Us book.

"I also have an album of the music of Francesco Zappa. He was a composer who flourished between 1766 and 1788. Nobody knows when he was born or when he died. He was a cello player from Milan and wrote mostly string trios. I found out about his music and located a bunch of it in the Berkeley Library and the Library of Congress. My assistant loaded it into the Synclavier and now we have a whole album of synthesized performances. He was a contemporary of Mozart. It's kind of happy, Italian-sounding music. It's nice, and real melodic. It's interesting, too; he does a few strange things harmonically that seem to be slightly ahead of his time – a few little weird things. Basically, it's typical of music of that period, except it doesn't sound typical when it comes out of the Synclavier." - Frank Zappa in Modern Music Is a Sick Puppy, Steve Birchall, Digital Audion, October/November 1984.