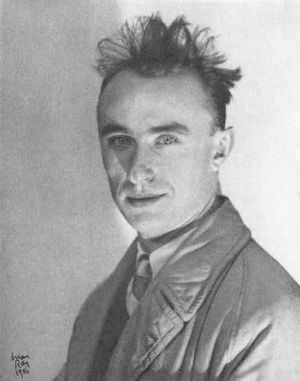 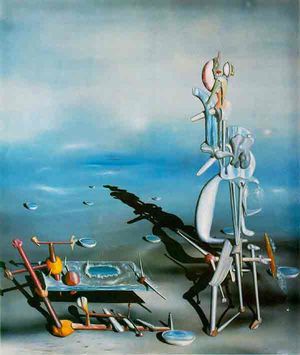 Yves Tanguy (Paris, France, January 5, 1900 - Woodbury, Connecticut, USA, January 15, 1955) was a French surrealist painter - Included in the list of names on the Freak Out! sleeve.

Worked in the merchant navy before being drafted into the army towards the end of the First World War. A chance viewing of a painting by Giorgio de Chirico inspired him to take up painting.

Although self taught he was quickly welcomed into the Surrealist's group and had his first exhibition of his work in 1927.

In 1938 he met the American artist Kay Sage whom he followed to the USA at the outbreak of the Second World War. They married and set up a studio in Woodbury where they worked for the rest of their lives.