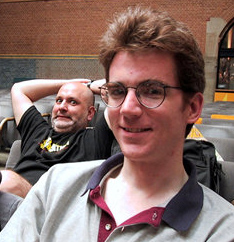 He also did the background music for "Duckman", an adult oriented cartoon shown on the U.S.A. network. During the program, there are snippets of Zappa's compositions, some of which to date are: Big Swifty, King Kong, T'Mershi Duween, Let's Make The Water Turn Black, Alien Orifice, plus other bits and bites left in FZ's database.


Todd Yvega was interviewed in Frank Scheffer's Frank Zappa: The Present-Day Composer Refuses To Die (2000), Frank Zappa Phase II: The Big Note (2002) and Frank Zappa: Pioneer Of Future Music, parts 1 & 2 (2007). He was additionally mentioned and thanked in the liner notes of The MOFO Project/Object (2006) album. [1]

Yvega wrote the foreword in the liner notes of the albums Feeding The Monkies At Ma Maison (2011) and Dance Me This (2015).