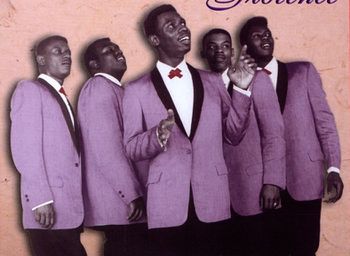 "The Paragons Meet The Jesters" (1959), with its street gang cover and vocal duels inspired by doo-wop's street corner singing battles and live show group competitions, was "one of the first rock and roll compilation LPs" (Warner: 231) and the most commercially successful doo-wop compilation ever released. (Warner: 270).

Frank Zappa and The Paragons

In Stern Words In Knightsbridge (28 January 1978) Zappa called "Let's Start All Over Again" one of his favorite songs. And in Faves, Raves And Composers In Their Graves (June 1975) he said about the song: "Also prototypical and it has the unmitigated audacity to have the most moronic piano section I ever heard on any record – and it repeats it often enough to convince me that it's deliberate."