That Makes Me Mad

FZ: No, it's not. As a matter of fact, the bootleg problem as it applies to the work that I do is very much out of control. And so the FBI is working on it for us. And we've supplied them with examples of all the various things that we've found that've been bootlegged. And they've been checkin' up on . . . tryin' to find out where the things are coming from. Because as far as my material goes it's a very big business.
B. Mitchel Reed: Really.
FZ: I don't think that it's the work of just a couple of individual guys who went out and made a record for fun. It's some, one or two people who are releasing vast quantities of material. Last year twelve bootlegs, in the last year!
B. Mitchel Reed: Phew. I wasn't aware of . . .
FZ: And one of them has all the songs on the next album that's coming out in September. They've already got the stuff recorded live in concert before I can even release it on a record. And that makes me mad. 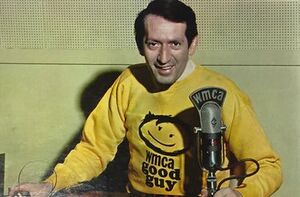