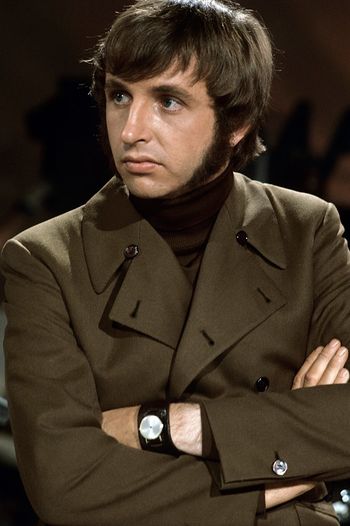 Terry Kirkman (December 12, 1939, Kansas) is an American lead singer of the band The Association. He was also active as a songwriter.

Kirkman attended Chaffey Junior College where he met Zappa. [1] They played folk/blues/jazz together - sometimes performing at The Meeting Place folk club in Claremont where Kirkman was a host. Kirkman was very clear that he didn't play in Zappa's band: they played together on stage.

Kirkman would later form a 13-piece band called The Men and then The Association from the remains of break up of The Men.

"All of us came out of Los Angeles folk music. . . . As the Men, we all rehearsed at the Troubador in Los Angeles. We were on a big stage in the main room and the Byrds were starting in a little room in the back called the Folk Den. . . . They were the first pure folk-rock band. . . . The people were openly accepting all forms of music to go along with the words - jazz riffs, classical riffs, Afro-Cuban. It was so obvious where it was all heading, but the record industry didn't see it at all. The Beatles blew the lid off and Jim McGuinn was in awe of the Beatles at the time. That's all he'd talk about. He'd get onstage and sing Beatle songs..."

Kirkman is one of the names mentioned in the list of influences inside the sleeve of Freak Out!, under the heading: These People Have Materially In Many Ways Made Our Music What It Is. Please Don't Hold It Against Them.