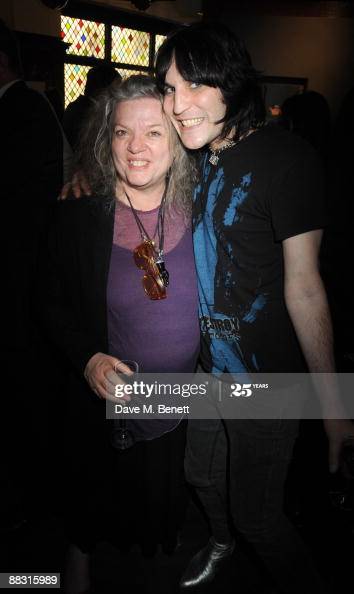 Gail Zappa and Noel Fielding at the IVY in London, 8 June 2009. Photo by Dave M. Benett.

Noel Fielding (21 May 1973) is a British comedian and actor. He is best known for his role in the British sitcom "The Mighty Boosh", where he appears alongside Julian Barratt. 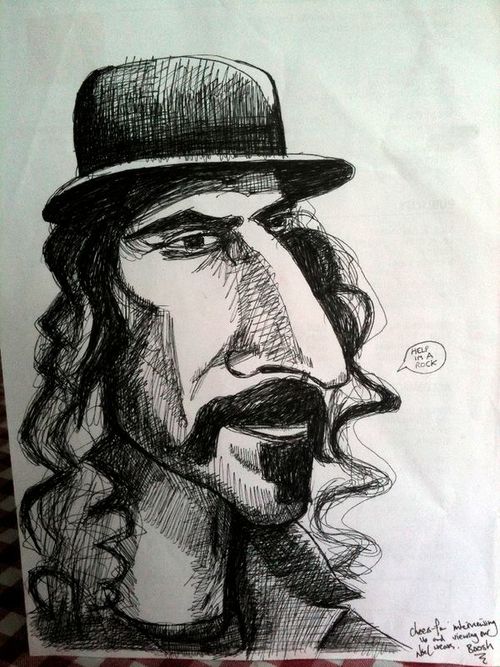 He named Zappa and Captain Beefheart as one of his inspirations. [1] In an interview with www.loudersound.com about his record collection Fielding explained that his father was a Zappa fan, which lead to his introduction to Hot Rats and Apostrophe ('). Fielding's favorite Zappa song is Willie The Pimp, while Apostrophe is his favorite album. The songs Don't Eat The Yellow Snow and Nanook Rubs It inspired his stage show Arctic Boosh. Fielding:"Zappa's very funny, his voice is like Steve Martin. In Nanook Rubs It he says ‘Great googly moogly’ and as kid I was thinking, ‘who says that in a song in a serious way?’ I love him, and through knowing Diva Zappa I’ve become friendly with [late wife] Gail." [2]

On November 5-7, 2010, Fielding and his comedy act, The Mighty Boosh Band, performed a Zappa tribute at Rounding House, Great Britain, during the Zappa Plays Zappa tour in collaboration with Dweezil Zappa. They covered Willie The Pimp. Fielding once described The Mighty Boosh Band as comedy for people who grew up listening to Frank Zappa. ([4]). His comedy partner, Julian Barratt is a Zappa fan as well. Both Fielding and Barratt's fathers introduced Zappa to their sons.

Noel Fielding and Julian Barratt are also mentioned and thanked in the liner notes of The MOFO Project/Object (2006) album. [5]

In 2007 Diva Zappa played a guest role in the episode Party of The Mighty Boosh, appearing alongside Fielding and Barratt.

On 8 June 2009 Fielding attended the preview of the modern art in the private dining room at the IVY in London, in the presence of Gail and Diva Zappa.

On 21 January 2012 Fielding interviewed Alice Cooper for the Guardian and also asked him about Zappa. [6]

Fielding is also active as a painter and featured Zappa's image a few times in his work. On May 12, 2013 he was officially hired by the Zappa Family Trust to paint the cover of a 12″ 45rpm (red vinyl) re-release of Help, I'm A Rock & Who Are The Brain Police?. [7]

Diva Zappa also shared some photos of her and Fielding on her tumblr page. [9]