"It was put together out of two unrelated sequences. There's a group of notes in front of this one sequence that just happens to sound like "In the Navy", from that The Village People song. You don't realise it until it's gone by, and then- that's "In The Navy"! So that's the "N" and the "Lite" part is this sequence that was basically a bunch of very fast and short synthesizer pockets that had the computer title, "Thousand Points of Light" (Frank Zappa, quoted in: SLAVEN, Neil, "Electric Don Quixote: The Story Of Frank Zappa", Omnibus Press, 1995, page 325.) 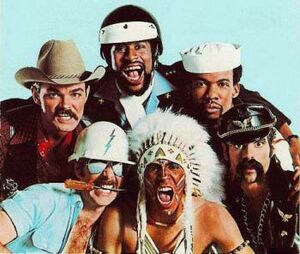