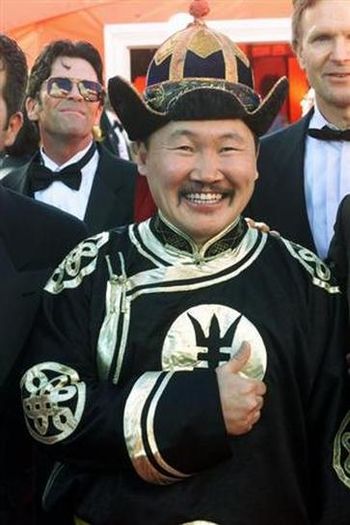 On 8 January 1993 he attended a soirée at Zappa's home, in the presence of another Tuvan throat-singing group, Huun-Huur-Tu. This performance was filmed by a BBC camera crew making the documentary BBC Television Tribute (later rebroadcast in the U.S. as the A&E Biography).

Kongar-ool Ondar is believed by some Zappa fans to be an uncredited singer on the track Dio Fa from his album Civilization Phaze III (1993). Zappa later produced Huun-Huur-Tu's album Dance Me This (2015), on which Kongar-ool Ondar performed again.

In 2013 Ondar died during a brain surgery operation.

Kongar-Ool Ondar is also mentioned and thanked in the liner notes of The MOFO Project/Object (2006) album. [1]