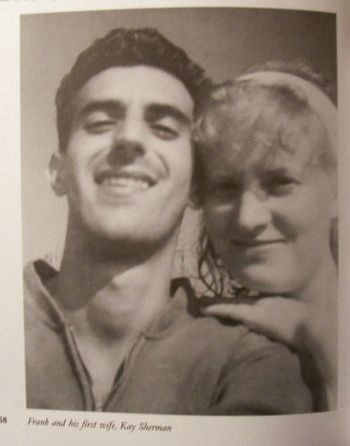 Zappa's sister Candy recalled: :"Frank and his first wife Kay Sherman lived there in I believe it was 1960-61. It had an attic and a basement and it smelled old. That might have been the attraction for Frank too! They had lots of cats, a big dining room, hardwood floors, a screened-in porch and the house just had a lot of character. I remember one Christmas Frank dressed in all black and snuck down to the Von's on the corner and "acquired" a large tree! After Frank bought what was to be Studio Z, he and Kay were already separated and he moved into the studio."

Zappa talks about Sherman in the "biographical trivia" in the sleeve of his debut album Freak Out! (1966): "Got married when I was 20... a lovely girl: almost ruined her life, filed for divorce.". He also mentions her in his list of influences under the heading: "These People Have Contributed Materially In Many Ways To Make Our Music What It Is. Please Do Not Hold It Against Them".

She is also mentioned in "The Real Frank Zappa Book" (1989) and can be heard on Mormon Xmas Dance Report.