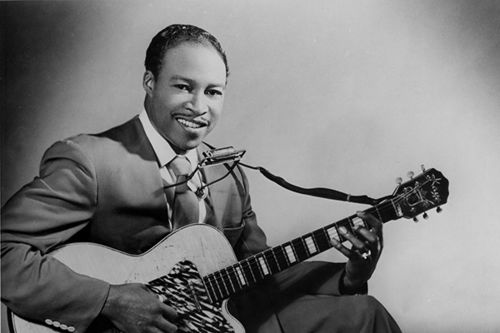 When Frank Zappa was guest DJ on radio station WSTM, Chicago on 21 November 1974 he played Jimmy Reed's song "Ain't That Loving You, Baby?" and another yet unidentified track.

Interviewed in Ode To Gravity - Frank Zappa: World Affairs Commentator, 15 April 1991, Zappa talked about a project he had been working on: "One thing that we started doing today is ... I have a new piece of gear in the studio called Sonic Solutions, and this is a hard disk based digital audio editing system. It's got a Macintosh frontend, and then it has a an interface box and several hard disk [sic] which can store up to five hours of stereo digital material. And today we started transferring in my collection of George Bush speeches. And the first thing we are going to do, after we get it loaded in there, is find as many times that he - over the month of this event - that he's said the name "Saddam Hussein". And we're gonna get a collection of those, and that in itself should be pretty good material for a tech sound composition. (...) It's a set of variations, it's like listening to a Jimmy Reed record, you know? You know ... you know the riff is gonna be the same but there's a few things that change. And the other thing we're looking for in speeches is the times when he has gagged on words. You know when the word doesn't quite come out and that should make a nice assortment of background textural things that can be used as percussion. (...) I mean, he said it, he must be proud of it. Hum ... then there's some of these classic statements like at one of his press time once he blurts out: "THERE'S NO ANTI-WAR MOVEMENT ANYMORE! [imitating the voice of George Bush]".