Ivan Ulz grew up in Hollywood and, at the age of eighteen, moved to San Francisco to pursue a career in folk music. He wrote the song "A Letter to Hayley" and recorded it as Billy Kidd in 1963. It did not sell well but was taken up by the Four Preps who reworked it as "A Letter To The Beatles" and had a minor hit with it.

Moving back to Los Angeles in the latter half of the 1960's he collaborated with Steve Mann and Lowell George writing songs. He released the Ivan The Ice Cream Man album in 1970.

Since 1980 he has worked with children and has written and recorded many songs for young children.

WP: How did your association with Little Feat begin?

Neon: It began with a hitchhiker. Years ago, right after Weasels Ripped My Flesh came out.

Neon: Sunset and Cahuenga. (Lowell George attended Hollywood High School near there at Sunset and Highland)

WP: And who was that hitchhiker, Neon?

Neon: Ivan. Ivan the ice cream man. Songwriter extraordinaire. He was hitchhiking in the rain in a tee-shirt, didn't have a coat. He was getting very wet. He had a guitar with him, stuffed under his shirt. That's why I picked him up. He was going to Lowell's house. I was coming from The Mothers' office, where I'd been talking to Herbie Cohen about getting paid.

Neon: Yeah. So I was on my way home, and there was this fellow human being in misery, and I picked him up. Almost got hit by a bus doing it. He said I should come with him to Lowell's. 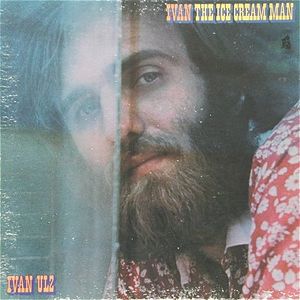