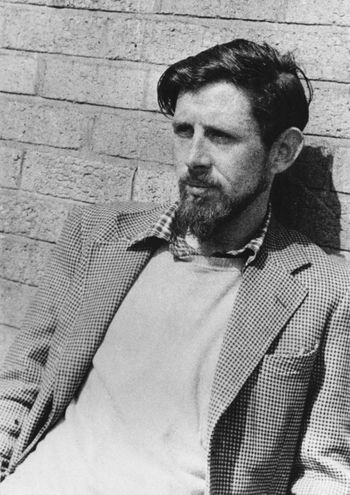 Ewan MacColl (25 January 1915 - 22 October 1989) was a British folk singer, songwriter, socialist, actor, poet, playwright, and record producer. He was the father of singer/songwriter Kirsty MacColl. Ewan MacColl recorded several songs, both own work as well as traditional music. MacColl was renowned as a protest singer and activist. His best known song is "Dirty Old Town" (1949).

Zappa owned a copy of the LP "Blow Boys Blow" (Tradition TLP 1026, 1967) by Ewan MacColl and A.L. Lloyd. In the liner notes of The Lost Episodes Zappa confessed his love for "sea shanties" and mentions he enjoyed listening to this album. He once lent it to Captain Beefheart, who never gave it back, claiming Zappa had given it to him it and that it was his favorite record [1].

The sixth track on the album is the traditional The Handsome Cabin Boy (sung by A.L. Lloyd) was often performed by Zappa and The Mothers. Zappa played it on 10 November 1968 as a guest DJ on KSAN, San Francisco. His own recorded versions can be heard on The Lost Episodes - the same version as on The Old Masters Box Two Mystery Disc, and on Joe's Corsage.