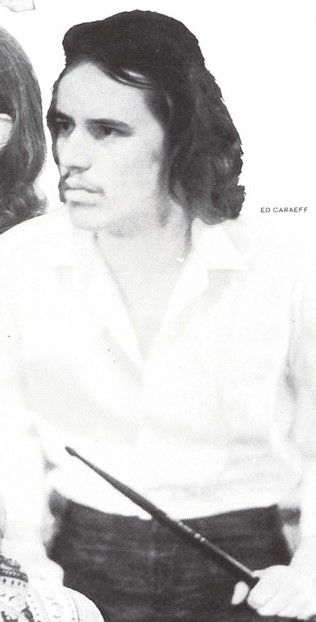 Ed Caraeff featured on a photograph inside the sleeve of Uncle Meat.

Ed Caraeff is an American photographer and art director, who was very prominent during the 1960s and 1970s. He took the famous photos of Jimi Hendrix setting his guitar on fire during the 1967 Monterey Pop Festival.

Caraeff took the photograph of Captain Beefheart holding a vacuum cleaner inside the sleeve of Hot Rats (1969). The front cover photo, however, was taken by Andee Nathanson.

Outside Zappa's realm he was a prominent photographer for Three Dog Night.