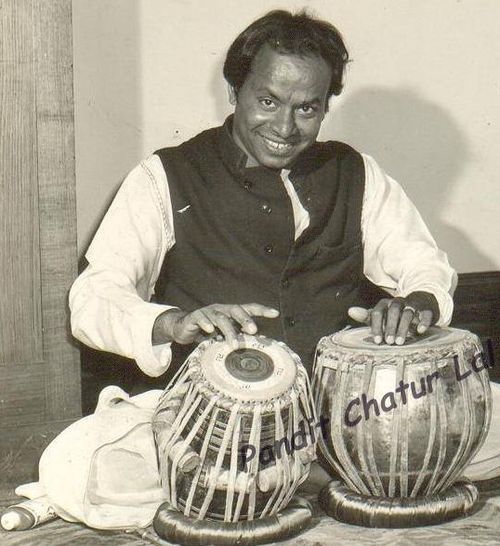 Chatur Lal (16 April 1925 - 14 October 1965) was an Indian tabla player. One of the musicians responsible for bringing classical Indian music to the attention of western listeners. He first toured in Europe in 1955 and then onto the USA accompanying Ravi Shankar. They recorded the acclaimed "Three Ragas" album in 1956 and, with Nodu C. Mullick, "Sounds of India" (1958). He wrote the music for Norman McLaren's animated film "A Chairy Tale" (1957) and James Ivory's documentary on Indian minature paintings "The Sword and the Flute" (1959). He recorded the solo "Drums of India" in 1961.

Chatur Lal is mentioned in the list of influences inside the cover of "Freak Out!" (1966), under the heading: "These People Have Contributed Materially In Many Ways To Make Our Music What It Is. Please Do Not Hold It Against Them".