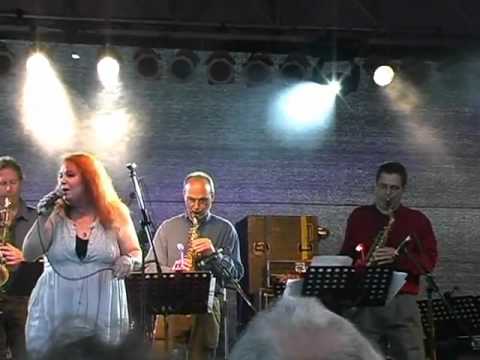 Patrice JoAnne Zappa was Frank Zappa's sister. She is married to Nolan Porter with whom she often performs.

She was born in Baltimore, Maryland, 28 March 1951, [1] as the youngest child and only daughter of Francis Zappa and Rose Marie Zappa. Her older brothers were Frank Zappa, Bobby Zappa and Carl Zappa. Carl nicknamed her "Candy" because he thought she was sweet.

At the age of 13 she sang with FZ and Ray Collins at The Pit.

In 2003 she published My Brother Was A Mother - A Zappa Family Album, focusing mostly on how the Zappa's as a family fared from the 1940s until the early 1960s. 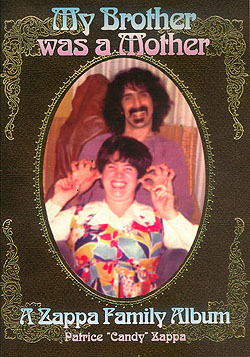 From the book's cover:

Patrice Zappa has performed and recorded with numerous groups including the Ed Palermo Big Band, Lennon/Tabacco/Zappa, and as part of the duo Zappa and Porter (with Nolan Porter). She lives in the San Fernando Valley.

'...this is the missing piece of the puzzle that you find years later in the back of the closet under all the mothballs, mouse droppings and other stuff that sticks to the floor... there's lots of stuff here I didn't know... with this book, you are there. And we thought we knew everything about Frank Zappa! Hah!' -- from the Introduction by Greg Russo, author of Cosmik Debris: The Collected History and Improvisations of Frank Zappa."

The book has since been revised and the third edition covers events up to 2016.[2]

As Candy Zappa she released "To Be Perfectly Frank" in 2011 - a compilation of her singing at various sessions including several songs by FZ.[3]

She is featured on Nigey Lennon's "Reinventing The Wheel", which also features Mike Keneally on guitar.[4]

To Be Perfectly Frank:

See also: My Brother Is an Italian Mother