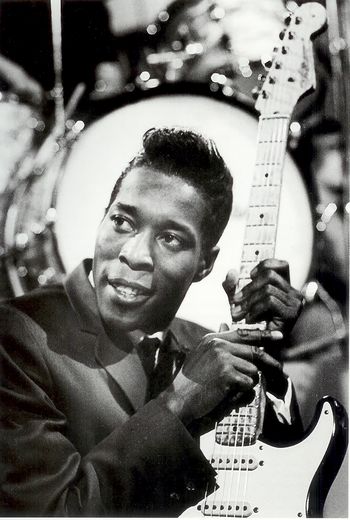 Buddy Guy (Jul 30, 1936, Lettsworth, LA) is an American blues singer and guitarist. He is well known for his high-energy guitar histrionics and boundless onstage energy. His tortured vocal style is nearly as distinctive as his incendinary rapid-fire fretwork. He was a huge influence on rock guitarists as Eric Clapton, Jimi Hendrix, and Stevie Ray Vaughan.

Zappa mentioned Buddy Guy in the list of influences in the sleeve of "Freak Out!" (1966), under the heading "These People Have Contributed Materially In Many Ways To Make Our Music What It Is. Please Do Not Hold It Against Them".

Buddy Guy is also interviewed in the documentary Cry Baby:The Pedal that Rocks the World.