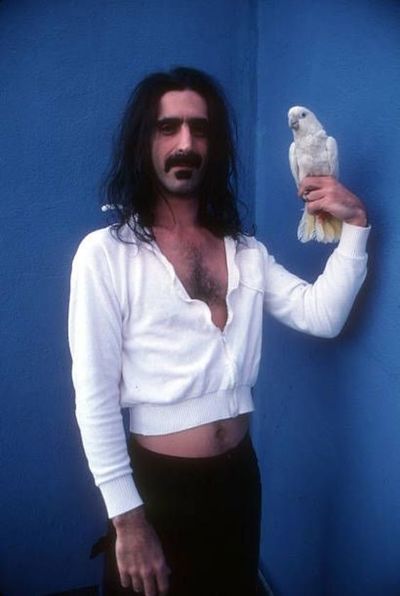 Bird Reynolds was a cockatoo owned by Frank Zappa. His name is a pun on Hollywood actor Burt Reynolds.

In an issue of People Magazine (21 May 1979) he was photographed by Neal Preston playing pingpong while this bird was sitting on his head. [1]

"We used to have a great bird -- a cockatiel, which I named Bird Reynolds. He would sit on my shoulder and talk to me. Bird also liked to sit on the edge of our Ping-Pong table when it was folded up in the living room. I don't know how or why Moon ever decided to do this, but one day we found her staring at Mr. Reynolds, with her arms out, flapping them, saying: "Tidal wave! Tidal wave!" For some reason, this caused Mr. Reynolds to dance sideways along the top edge of the folded table. It was infallible. All she had to do was stand in front of him, hold her arms out and say, "Tidal wave," and we had action. A raccoon, brought home for a visit, injured Mr. Reynolds, and, while he was recovering and incapable of defending himself, he met an untimely end when one of the cats stuck his paw into the cage and swatted him in the middle of the night." - Frank Zappa in The Real Frank Zappa Book.