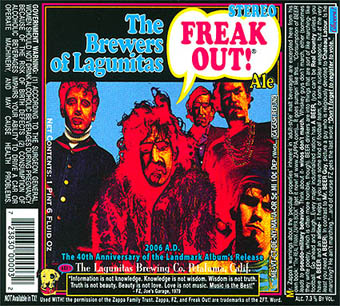 airline -- it helps if you have some kind of a football team, or some nuclear weapons, but at the very

least you need A BEER."

Zappa hated beer and the "pseudo-militaric behaviour" that caused beer drinkers to behave stupid or dangerously with their buddies. Especially since the drink is promoted in advertisements as a sign of masculinity and male bonding. He felt wine drinkers didn't share this social behaviour: Winos Do Not March.