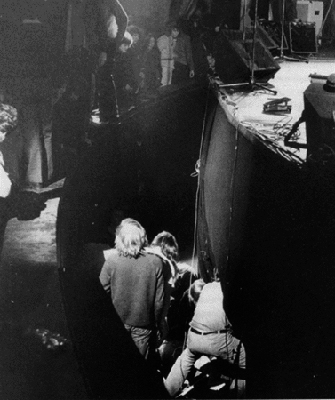 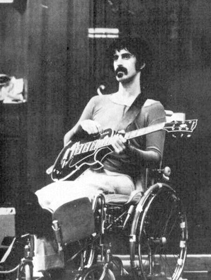 After the first show of two scheduled for the evening of Friday December 10th, Trevor Howell knocked FZ off the stage at the Rainbow Theatre, less than a week after the disastrous fire at Montreux.

"A man who attacked Frank Zappa, the pop group leader, because he thought Mr Zappa was not giving value for money, was jailed for 12 months by Judge Rigg at the Central Criminal Court yesterday. Trevor Charles Howell, aged 24, a labourer, admitted maliciously inflicting grievous bodily harm on Mr Zappa during a concert at the Rainbow Theatre, Finsbury Park, London.

Mr Howell was said to have run on to the stage and pushed Mr Zappa, causing him to fracture a leg and cut his head. Mr Zappa was in hospital for six weeks."